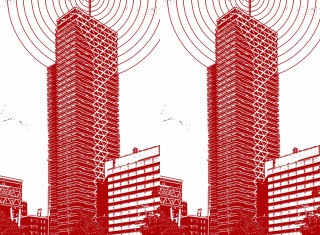 Named after the anti-capitalist visionary art project developed between 1959 and 1974 by the Dutch artist Constant, Radio New Babylon proposes a unique collection of site-specific audio pieces made by local and international artists.

The pieces can only be heard in and around the New Babylon building complex in Den Haag, The Netherlands by using the Echoes app on your phone, and headphones. Go to the Radio New Babylon website for more information! 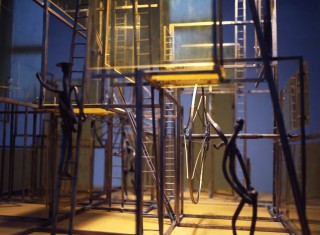 On 21 June 1999, artist Peter Giele was transported by boat along the Amstel to his grave. A colourful floating parade accompanied the open coffin in which Giele lay, with a crowbar on his chest. Later that day, the legendary Roxy club was in flames.

The presentation, RoXY is part of the project Ontwerp van het sociale (Design of the social) at Het Nieuwe Instituut. With RoXY curator Juha van ‘t Zelfde links Constant’s New Babylon to the club culture in Amsterdam in the nineties as embodied by RoXY. 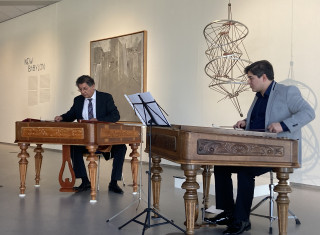 The concert can be attended for a voluntary donation. 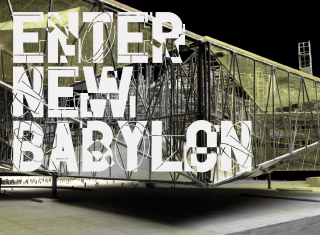 Enter New Babylon is a Virtual Reality project, investigating the possibilities and limits of this future world for creative nomads. Put on your head set and step into that elusive world of New Babylon, where daily work has been replaced by play and life resides in poetry. It is the home of the Homo Ludens, created by Dutch painter Constant Nieuwenhuys (1920–2005) in the sixties. Young, activist spoken word artists and designers reflect on New Babylon through VR and mixed reality in a theatrical installation. Is it all that Constant dreamed of or has it turned into a nightmare? 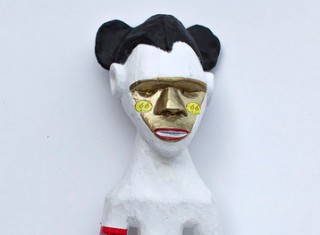 Unveiling of the Gatekeepers

Artist Monika Dahlberg has made two sculptures for Framer Framed that will be given a permanent place at the entrance of Framer Framed.
The work, titled “Gatekeepers”, will be unveiled in the presence of the artist by the alderman for Art and Culture Touria Meliani and the district councilor East and portfolio holder for art and culture Jan-Bert Vroege and in the presence of curator Zippora Elders on

Dahlberg is inspired by the 1948 Manifesto that Constant Nieuwenhuys (1920-2005), better known as Constant, wrote for Reflex, the organ of the experimental group Holland, which later that year would merge into the Cobra group. In the manifesto, Constant shifts the emphasis from the individual artist to the self-expression of the masses. Folk art, according to him, is an expression of life, fueled solely by a natural urge for life expression.

“The Gatekeepers are the reflection of African traditional sculptures, but also resist the prevailing norms of ‘high’ culture and the Western dictate of unambiguity and progression. The sculptures stand proudly on a high pedestal. They try to wrestle themselves from the existing ideology about African cultures, in line with my quest to combine the African visual culture considered ‘mysterious’ with this ‘Western’ stereotype. The repairs, or lack thereof, are clearly visible. That too is a response to the Western pursuit of manufacturability and perfection,” says Dahlberg. 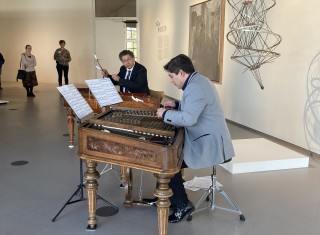 On Sunday October 9th De Cimbalisten will be the support act (30 minutes) for the JongNBE concert.

The NBE (Nederlands Blazers Ensemble) has founded young wind ensembles in the age of 15-20 years in various corners of the country: youngNBE north, youngNBE east and youngNBE west. These ensembles consist of 10 advanced amateurs from the region between the ages of 15 and 21. They are coached by an experienced NBE musician and perform several times per season. Once with the NBE and also some concerts in their area.

JongNBE regional has a wide repertoire from classical masterpieces to adventurous contemporary (pop) music. The ambition is to make music together at a high level and in an exciting way. The JongNBE regional ensures cooperation in the region (conservatories, youth orchestras, HaFaBra) and tries to bridge the gap between the different musical practices. The ensemble comes together in a short period of 4 rehearsals.

De cimbalisten is a program of newly arranged music by pianist and cimbalom player Dani Luca and his father, cimbalom player, Vasile Luca, to be played on the Constant’s own cimbalom. It is an homage to Constant’s passion for music, the role it played in his personal life and how it inspired his work. Music and visual art are joined together. The musical journey walks you through Schubert’s Winterreise, Bach, Piazzola, Romanian Folk music and Debussy. A journey filled with a zest for life, love, sorrow and death. 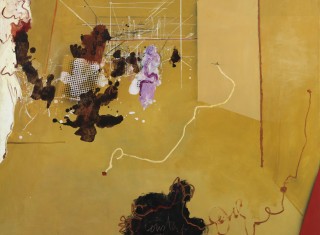 Constant is one of Holland’s most important and innovative artists from post-war times. He was co-founder of the international CoBrA movement, he was initiator and inventor of his visionary New Babylon projects in the fifties and sixties, a revolutionary artist in the seventies during the Vietnam war, but also a vibrant, almost romantic colourist in his major late paintings.

Borzo Gallery and The Mayor Gallery present the solo presentation ‘Constant, Radical Changes’ at Frieze Masters from 12 till 16 October 2022 in London.