Bureau Europa works together with Het Nieuwe Instituut in bringing the archive presentation of the work of Luzia Hartsuyker-Curjel to Maastricht. This Swiss architect and her husband Enrico enriched the post-World War II era of reconstruction in the Netherlands with their social living projects, that were as evocative as thought-provoking.

On Saturday June 12, this small exhibition about Luzia Hartsuyker opens at Bureau Europa. As a contemporary and, in some regards, professional peer, Luzia Hartsuyker has collaborated with Constant Nieuwenhuys. This collaboration has caused a mutual inspiration amongst the artist and the architect. Hartsuyker’s unrealized project Biopolis envisioned a satellite city off the coast of The Hague in the 1960s. The project entailed a building complex of rising live-in layers, replete with a total integration of living, recreation, work, and transport. This progressive vision on living is also strongly featured in her design for the so-called ‘patio apartments’. These apartments have freed themselves from a preconceived notion of centralization around a nuclear family in order to achieve architectural and social innovation. This ideology has its parallels in Constant Nieuwenhuys’ famous project of New Babylon. In the exhibition the video Met Simon Vinkenoog naar het New Babylon van Constant from 1962 is shown.

Bureau Europa interprets and presents architecture in the broadest sense. Oftentimes, they focus on all the various forms of design: from the architecture of social structures to the food we eat and the clothes we wear; from the impact of old crafts on modern interior and landscape design to how the organization of digital structures or politics of fertility work through in our day-to-day affairs.

This broad concept of architecture, of a ‘designed environment’, also translates to the paper architecture that is more often meant to provoke than to be realized. In the past, Bureau Europa already exhibited about unrealized urban planning in Maastricht, about evocative design of new city monuments by the great architects of the past, and, in the near future, about the as of yet unrealized – and perhaps never to be realized – bunkers and safehouses of the doomsday preppers and utopia pilgrims.

A project such as Constant’s New Babylon perfectly ties into the mission that Bureau Europa carries. Although the initial concepts have been reworked into a concrete building project in The Hague nowadays, which interests them for its architectural qualities, the philosophical backdrop of the project fascinates them too. Constant’s visions, originating in the 1960s simultaneously with Hartsuyker’s Biopolis, experiment with the societies of tomorrow, the automatization of labor, the leisure economy and the future of living and designing. All of this coming together in architectural models, design drawings, art works and, in the end, an actual building, constitute an interdisciplinary approach that are significant and inspiring to Bureau Europa and its practices.

Love in a mist

The exhibition is an added chapter to the Love in a Mist exhibition by curator Malkit Shoshan (Harvard University). The expo also ties into the lecture cycle Madam Architect that Bureau Europa organizes, after an idea and the eponymous publication (in Dutch: Mevr. de Architect) of Merel Pit. Five lectures will take place in May and June. The fifth and last one, on June 30, is about the life and work of Hartsuyker.

The expo Hartsuyker - visions on alternative housing opens Saturday June 12 and can be visited, together with the exhibition Love in a Mist, up to Sunday August 15 at Bureau Europa, platform for architecture and design in Maastricht. 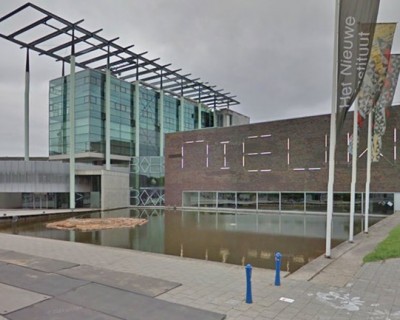 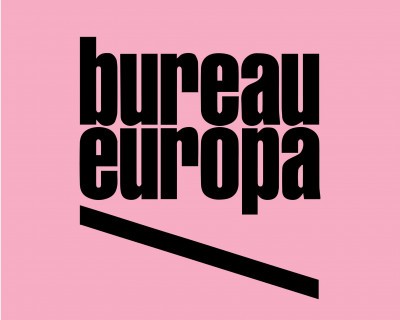